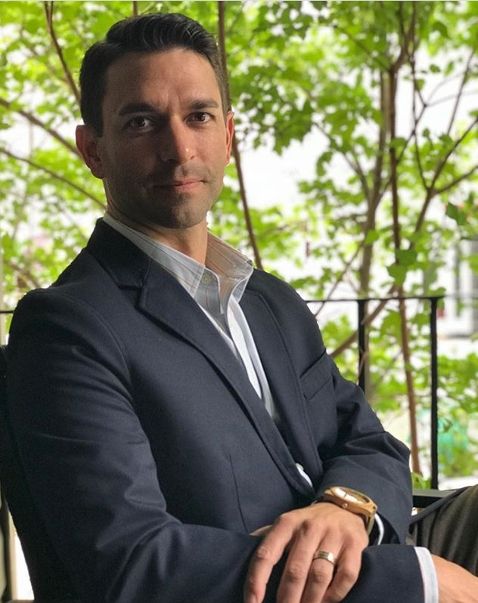 Calgary housing market expected to stabilize in 2023 The Calgary Real Estate Board (CREB®) has released its 2023 Forecast Calgary and ... 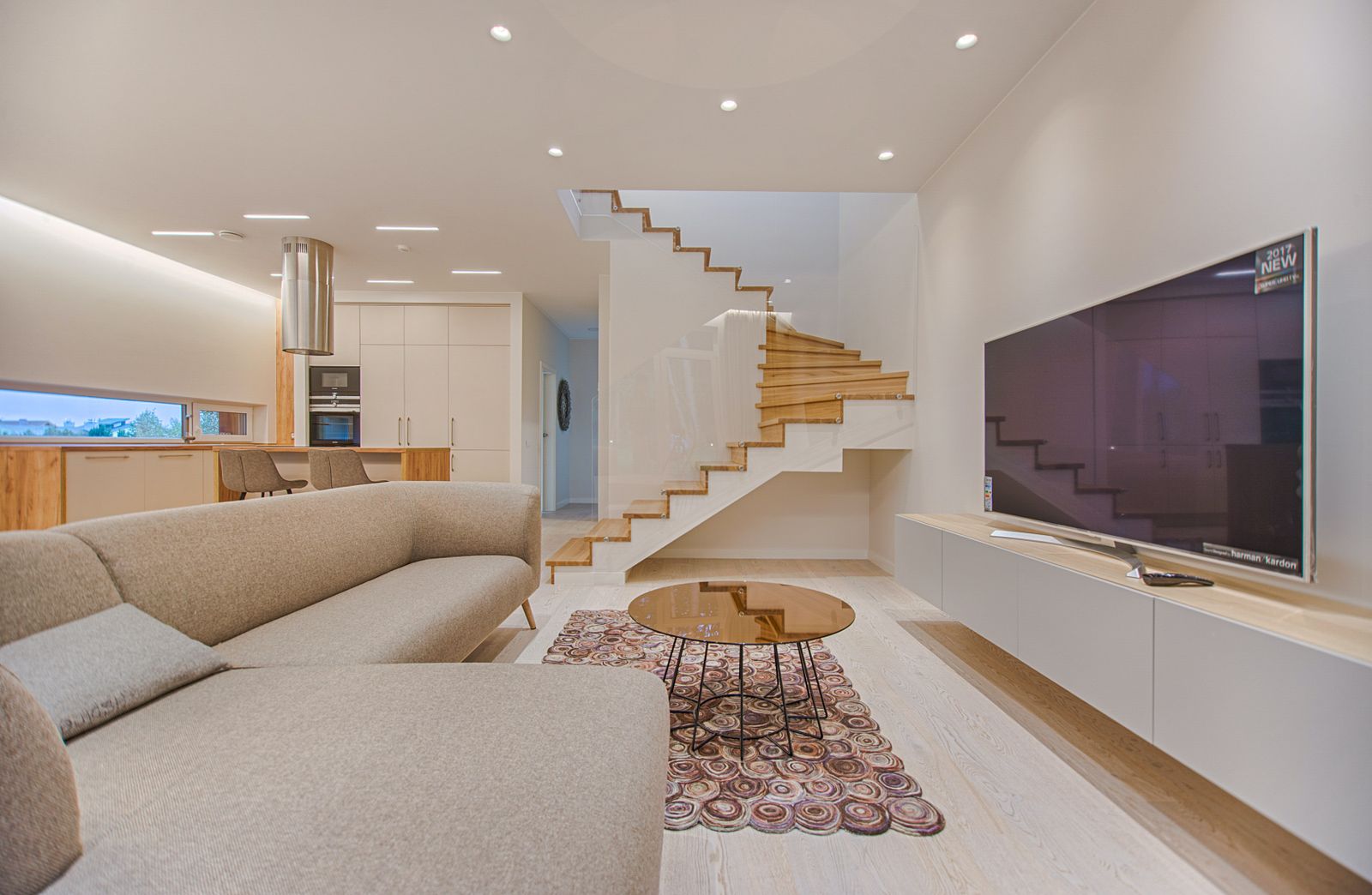 What The Foreign Buyers Ban Means For You

On January 1, 2023, the Prohibition on the Purchase of Residential Property by Non-Canadians Act (the “Foreign Buyers Ban”) came into ...

I am pleased to introduce the Sotheby's International Realty 2023 Luxury Outlook report, which outlines the industry trends and happenings ...

Six essential tips to prepare your home for a spring sale

Six essential tips to prepare your home for a spring sale As we recover from the Holidays, it's hard ...

The beauty of minimalist Bauhaus design

The interior design style known as Bauhaus is guided by the belief that materials should not be hidden ...

Head To Head Negotiations Gets Results For Elboya Home Sale

When I was introduced to Steven Hill, I knew from the minute we met “this was the guy” to represent me. Steven has a very calm, soft approach to his dealing with people, unlike the ego driven who spout their credentials to impress. He listens to understand what the client wants rather than telling them what he wants.  He assured me he was confident in his ability to sell my property without over promising and I was skeptical, but boy did he deliver on that promise, and some.

Let’s start with the brochures. Sotheby’s brochures blow everyone else out of the water. A piece of paper, with black and white photos, gets lost in the bottom of a purse, or garbage bin, but a Sotheby’s brochure is a piece of art. Steven’s photographer created fabulous photos that took my breath away when the brochure arrived. My house looked beyond amazing yet true to the property. This alone sets Sotheby’s far above the rest by doing more than photocopying a sheet of paper to leave an impression. Very impressed.

Steven and I corresponded everyday and, after 5 days on the market, we accepted a conditional offer. I was thrilled Steven got the sale price I wanted, so quickly. Unfortunately, we found ourselves in a tense situation when the home inspector found a breach in our sewer line.  Immediately I got a quote for the repairs, and was fully prepared to cover the expense, but the buyer’s realtor was insisting on a sizeable holdback. This is where we witnessed Steven’s negotiation skills under pressure. He went head to head with the buyer’s realtor, as the buyers and ourselves stood by and watched. Steven insisted he would not allow his clients to have an open wallet, while the buyer’s realtor pushed harder and harder. Steven never once showed how irritated or upset he was by this realtor’s aggressive nature and, in a calm voice, kept insisting an open wallet was not going to work. This was a little unsettling with three days left to lift the conditions and I wasn’t holding out much hope the deal would close. Things looked grim, but once again Steven’s abilities and strong connections shone through…. he found a back up buyer who presented an offer we could not ignore. Of course, Steven had to bring this to the first buyer’s attention and, to everyone’s surprise, all conditions were lifted and we had a firm sale. Not only did I get my asking price but I no longer had to cover the repair expense. Steven was nothing but brilliant.

I believe somewhere along the way Steven and I became friends. I look forward to a “Hi Jane” text from him that always makes me smile. I thoroughly enjoy his kind, caring, easy going nature and his wicked sense of humor. I like his Porsche too (That’s just for you Steven.)

I would absolutely recommend Steven Hill to anyone looking for an honest, down to earth, hard working realtor. Sotheby’s International Realty represents class in all they do and Steven represents the best of Sotheby’s.

The foyer greets you with gorgeous wide plank distressed hardwood & front to back sunshine.

The masters retreat feels like your own personal spa with a focal stand-alone soaker tub, separate shower & dual vanities.

Backing onto greenspace, this home has a very bright open concept.

There is even a unique reading nook that has to be seen!

This stunning home offers an exposed aggregate driveway leading all the way up to the front door.

With spectacular ocean views of Spanish Banks, the Strait of Georgia, West Vancouver, Downtown Vancouver and the North Shore Mountains, the Estate is located in Vancouver’s most prestigious neighbourhood and has been an honoured venue visited by prominent dignitaries and celebrities from around the world.

Designed by the acclaimed Ernest Collins Architect Ltd., the palatial home opens from a private Porte-Cochère entry into two main gallery halls with seating for 80 to 100 guests for private concerts and events. A sweeping grand staircase is lit by a French Ormulu chandelier, just one of the many historical pieces that complete the aesthetic of the Estate. The living room features a fireplace and Tai Ping custom made carpet.  The home’s intimate dining room seats 20 guests and features a Hokanson custom made carpet.  All doors throughout the home are made of solid wood and the fine detailing of the Estate is extensive and exquisite with walls and ceilings featuring murals and artwork.

Belmont Estate boasts five bedrooms and twelve bathrooms with all three storeys of the manor accessible by an elevator found in the west wing of the home. An Italian-inspired kitchen with sitting area and fireplace, indoor pool and sauna, six-car garage and a private entrance in-law’s suite are among the amenities that make this luxurious residence a classic and timeless home.

Inspired by the French gardens of Versailles, Belmont Estate features a tiered, 3-level garden lined with indigenous, mature sequoia trees, golden spruce, maples and many other varieties. The property also features a hobby orchard. In the spring, over 12,000 vibrant, colorful tulips, hyacinths and daffodils bloom throughout the gardens and are complimented by rhododendrons, magnolia and lilacs. The expansive terrace overlooks sweeping views and the extensively manicured hedging provides privacy.

“Belmont Estate represents a rare opportunity to own a residence that is iconic to Vancouver and British Columbia, on one of the most prestigious streets in Canada,” said Christa Frosch, listing agent with Sotheby’s International Realty Canada. “No other property of comparison has been offered in Greater Vancouver to date; the fact that its long-standing owners are beloved in our community for their philanthropic dedication to the City of Vancouver only adds to the home’s heritage. I believe that the buyer of this home will have a passion for art, history, luxurious landscapes and timeless design.”

So Delighted For My Client To Have A Firm Sale On This Great Rocky Ridge Condo! Being a Certified Condominium Specialist Allows Me An Greater Advantage In Selling and Purchasing Great Units Just Like This One!

Recently featured by Sotheby's Canada!  I am delighted to be wrapping up the day with a firm sale on this fantastic Elboya Listing. It was a Dream Bungalow Home With a Backyard Oasis!  I'm like a broken record to say that I have the privilege to work with amazing people.  This one is bittersweet because my clients found a wonderful home but the fun we have had along the way is drawing to a close!  I'm so grateful for such a rewarding career!

Calgary housing market expected to stabilize in 2023 The Calgary Real Estate Board (CREB®) has released ...

What The Foreign Buyers Ban Means For You

On January 1, 2023, the Prohibition on the Purchase of Residential Property by Non-Canadians Act (the ...