December sales eased, however, slowing sales over the second half of 2022 were not enough to offset earlier gains as sales reached a record high of 29,672 units in 2022.
Over the past several months, the pullback in sales was also met with a significant pullback in new listings, causing further declines in inventory levels. As of December, there were 2,214 units available in Inventory, making it the lowest level of inventory reported for December in over a decade.

“Housing market conditions have changed significantly throughout the year, as sales activity slowed following steep rate gains throughout the later part of the year,” said CREB® Chief Economist Ann-Marie Lurie. “However, Calgary continues to report activity that is better than levels seen before the pandemic and higher than long-term trends for the city. At the same time, we have faced persistently low inventory levels, which have prevented a more significant adjustment in home prices this year.”

Benchmark prices eased to $518,800 in December, down nearly five percent from the peak price in May but almost eight percent higher than last December. While prices have trended down annually, they remain over 12 percent higher than last year’s levels.
The housing market in 2022 generally outperformed expectations both in terms of sales and price growth.
HOUSING MARKET FACTS
Detached
The detached market has felt most of the impact of higher rates as a pullback in sales in the year’s second half contributed to the year-to-date decline of over seven percent. While there have been some gains in new listings over the last quarter, much of the growth has occurred in the market's upper-end, supporting more balanced conditions. However, supply levels for lower-priced homes remain low relative to the sales activity, causing that market segment to continue favouring the seller. Overall, the detached market has seen activity shift away from the strong sellers’ conditions reported earlier in the year.
Prices in the detached market have trended down in the second half of the year, as the December benchmark price of $619,600 has eased by just over four percent from the June high. The recent adjustments have not erased all the earlier gains, as benchmark prices reported an annual gain of over 14 percent. Annual price growth has ranged from a high of 19 percent in the South East, North and North East districts to a low of nearly eight percent in the City Centre.
Further declines in sales this month contributed to the year-to-date sales decline of nearly three percent. While sales have eased relative to last year’s record levels, activity is still far stronger than long-term trends and levels reported prior to the pandemic. At the same time, new listings have been trending down for this property type, keeping the inventory and months of supply relatively low compared to historical levels.
While conditions are not as tight as earlier in the year, there has been some downward pressure on prices. The monthly benchmark price peaked in May of this year and has eased by nearly four percent since then. However, on an annual basis, benchmark prices remain nearly 12 percent higher than in 2021. The North district reported a higher annual price gain of over 18 percent.
CLICK HERE TO VIEW FULL REPORT 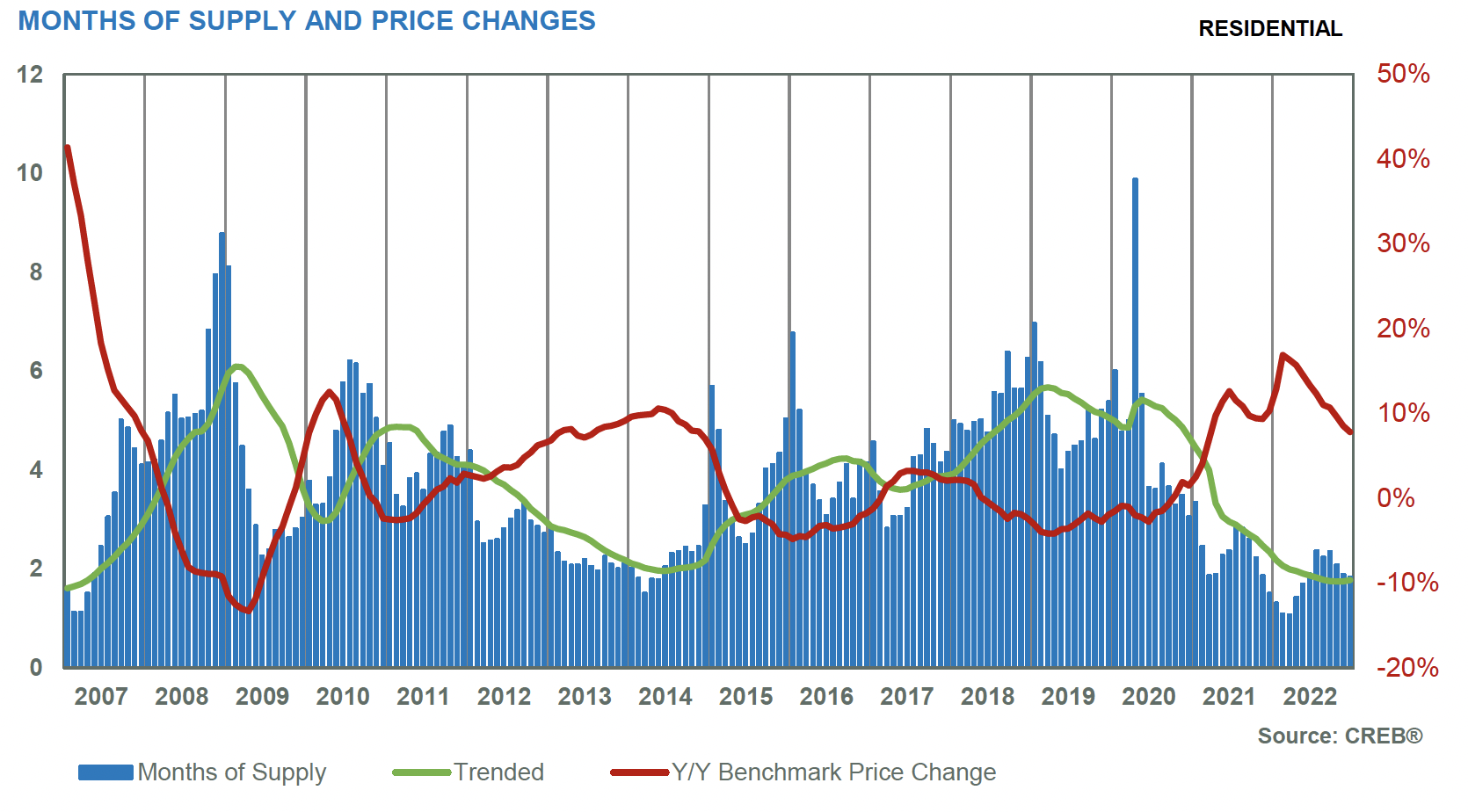 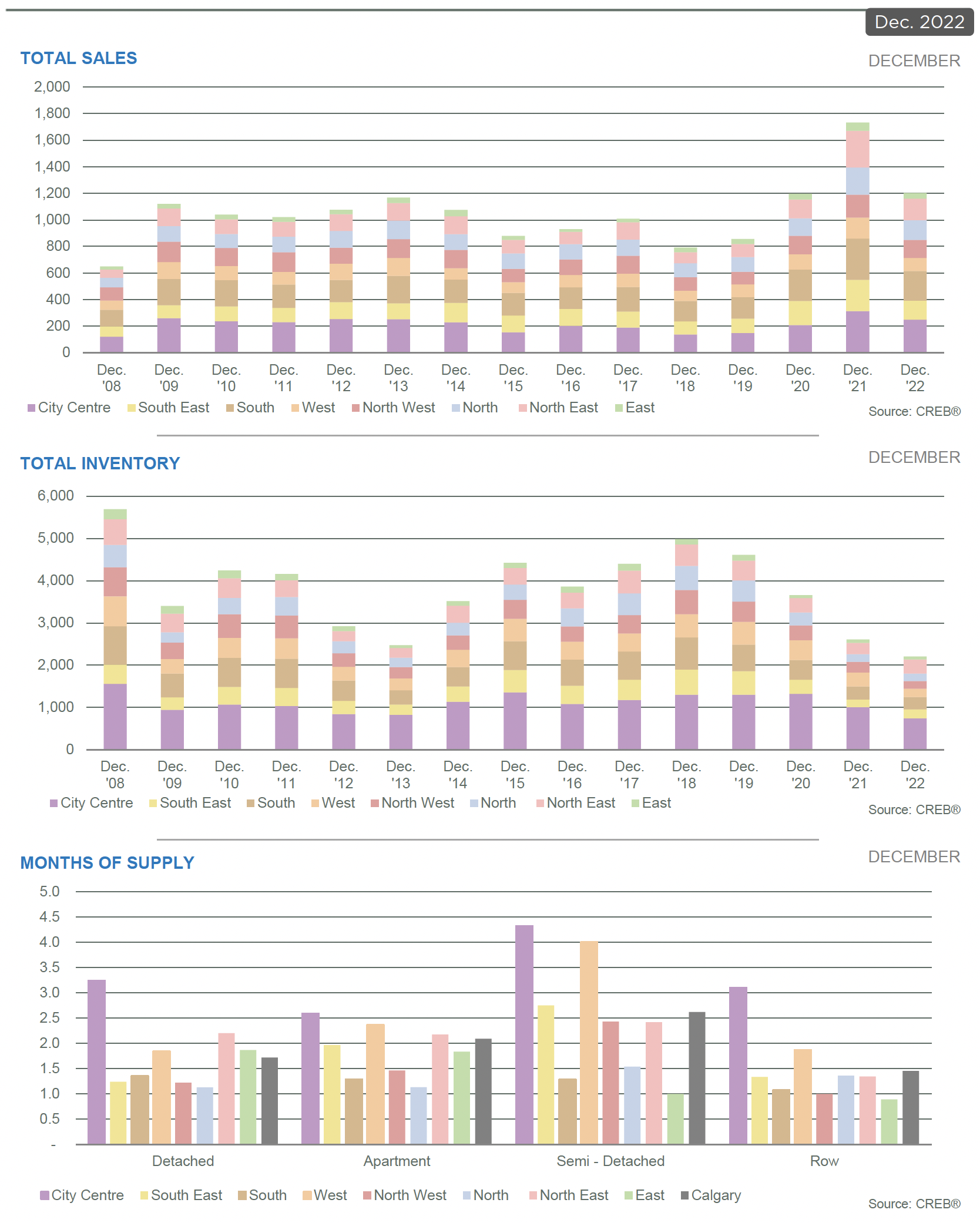