October Housing Market Update
Sales remain stronger than pre-covid levels
City of Calgary | November 1, 2022–
October sales eased compared to last year’s levels, mostly due to slower activity in the detached sector.
However, with 1,857 sales this month, levels are still stronger than long-term trends and activity reported prior to the pandemic. Year-to-date sales have reached 26,823 and with only two months to go, 2022 will likely post a record year in terms of sales.
“Calgary hasn’t seen the same degree of pullback in housing sales like other parts of Canada, thanks to persistently strong demand for our higher density product,” said CREB® Chief Economist Ann-Marie Lurie. “While our city is not immune to the impact that inflation and higher rates are having, strong employment growth, positive migration flows and a stronger commodity market are helping offset some of that impact.”
New listings also trended down this month causing the sales-to-new-listings ratio to rise to 85 per cent and inventories to trend down. Much of the inventory decline has been driven by product priced below $500,000.
While conditions are not a tight as what was seen earlier in the year, with only two months of supply, conditions remain tighter than historical levels. We are also seeing divergent trends in the market with conditions continuing to favour the seller in the lower-price ranges and shifting to more balanced conditions in the upper-price ranges.
As of October, prices have eased by four per cent relative to the highs reached in May. This is considered a relatively small adjustment when considering price movements in other large cities. It is also important to note that the October benchmark price is still nearly 10 per cent higher than levels reported last year.
HOUSING MARKET FACTS
Detached
Sales growth in the over $700,000 price range this month were not enough to offset the declines in the lower-price ranges, causing detached sales to ease by over 29 per cent compared to last year. Limited supply growth in the lower-price ranges continue to keep conditions exceptionally tight for lower-priced detached homes.
In October, inventory levels for detached homes were under 2,000 units, nearly 35 per cent lower than typical levels reported for the month. Moreover, over 42 per cent of the inventory falls in the upper-price ranges of the market. This is likely creating a situation where pricing trends will vary depending on price range.
Overall, detached prices did trend down relative to last month and peak levels in May but remain nearly 12 per cent higher than levels reported last October. The strongest year-over-year price gains have occurred in the North and South East districts.
Semi-Detached
While sales remain lower than last year’s levels in October, recent pullbacks have not offset gains from earlier in the year and year-to-date sales improved by nearly three per cent. A pullback in new listings relative to sales caused the sales-to-new-listings ratio to push above 80 per cent this month and inventories to ease, leaving the months of supply just over two months.
The benchmark price, while easing slightly compared to last month, remained over nine per cent higher than last year’s levels. Year-over-year price gains have varied from a low of nearly eight per cent in the City Centre to a high of 16 per cent in the North district.
CLICK HERE FOR THE FULL REPORT 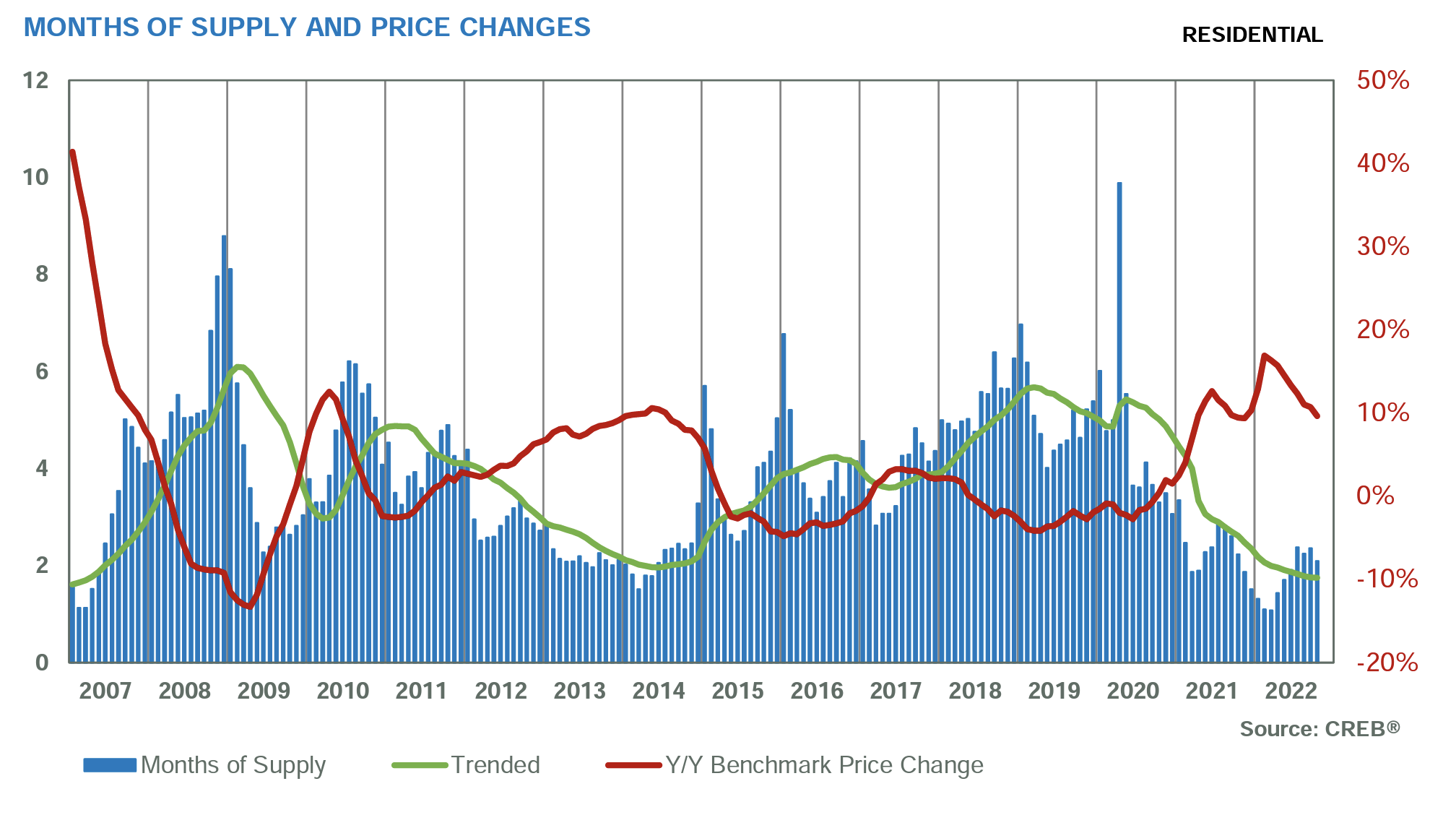 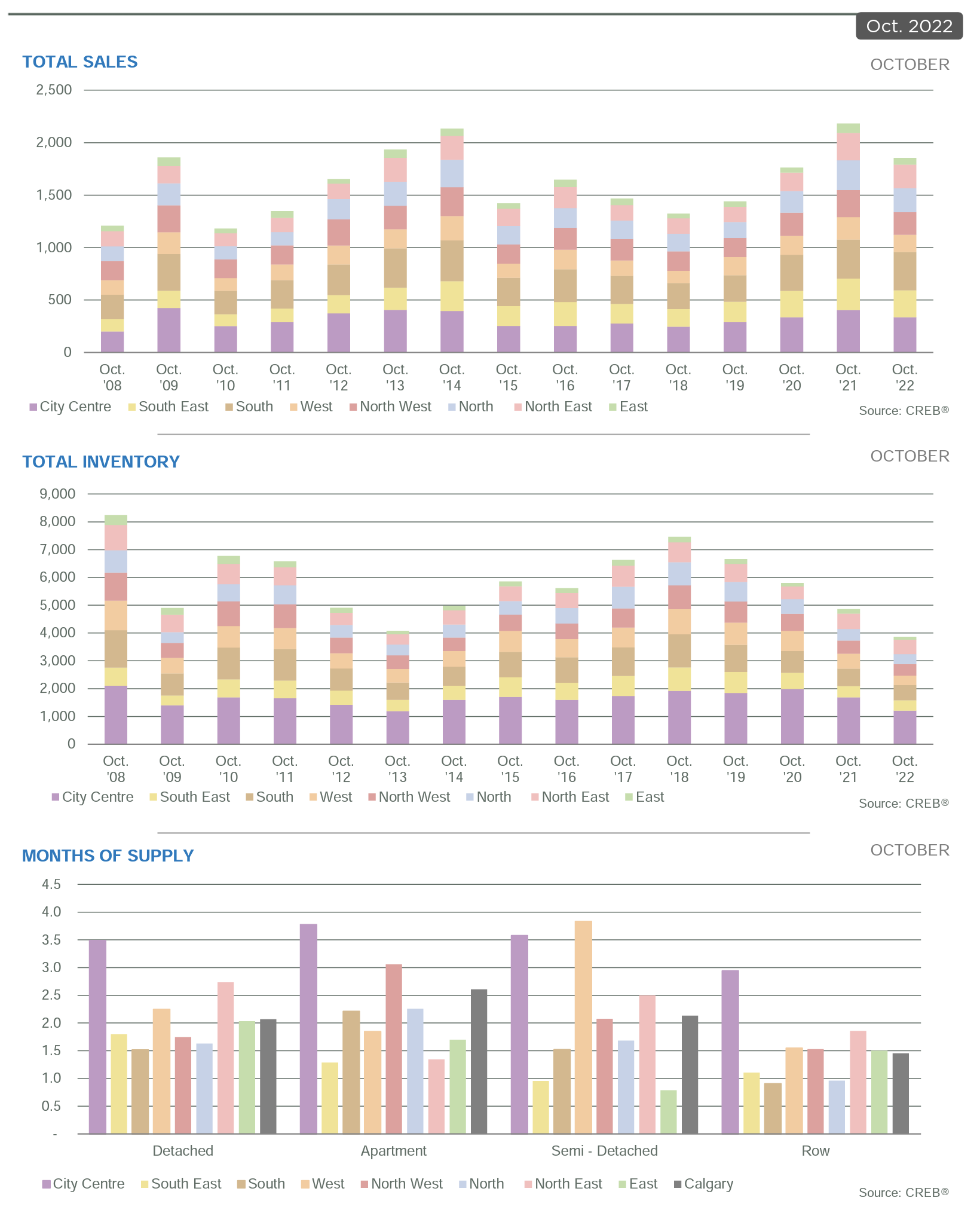